Occasional visual and artistic and museum exhibitions are set up in the Manor. 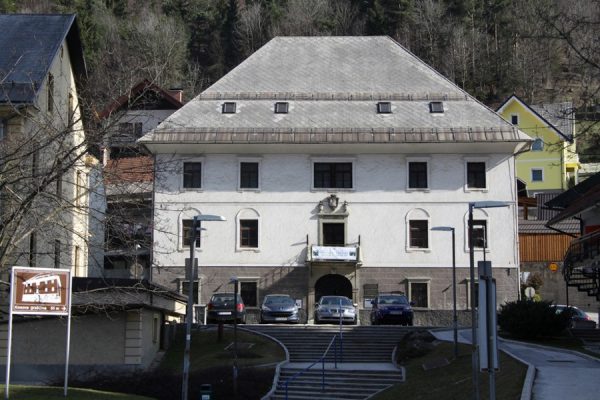 Kos Manor was built in 1521 by Žiga Dietrichstein, tenant of House of Habsburg.  The Bela Peč coat-of-arms is preserved above the balcony door and historical sources refer to it as “old Bela Peč Castle«. In the 18th century it was owned by the Khevenhüllers from Carinthia, Princes of Eggenberg and Counts of Trillegkh. In 1812 it was bought by merchant Frančišek Pavel Kos who renovated it in 1821. The Manor has been named after him. At the end of the 19th century the Carniolan Industrial Company sold the building to Jesenice community. It housed a public school until 1915, during both world wars there were offices, a court of justice and prisons.  Nowadays, occasional visual and artistic exhibitions and Gornjesavski muzej Jesenice are set up in the Manor.